This year’s weekend to protest AIPAC and demand a just US Foreign Policy for the Middle East is a momentous group effort. Interfaith Peace Builders will be planning the daylong training with many exciting speakers and workshops, Codepink: Women for Peace will be organizing protests and creative actions, and US Campaign to End the Israeli Occupation will be planning the Congress Lobbying.

Expose AIPAC Actions:
All Expose AIPAC demonstrations (Sunday, Monday and Tuesday March 3rd-5th) are FREE and OPEN to the public and we encourage you to join us to take a stand for justice and peace in the Middle East!

CODEPINK will have a debkah workshop, puppeteers, a 20′ long Wall, “Peanuts-style” dialogue booths, giant puppets, and more.  There will be time for street theater, marches and creative actions.

Congressional Advocacy: If you will be joining us on Monday and/or Tuesday, you are invited to make an appointment with the office of your member of Congress.  US Campaign to End the Israeli Occupation will be providing a workshop and lobby packets for your meetings with several key asks.  Find contact info for Congress here, or enter your zip code on our online tool.

Housing and Rideshare: Check our Housing Board, list of hostels and hotels, and ride board for your logistical needs.

Momentum is building! With over 100 endorsing organizations and a steady stream of registrations coming in daily, the word is spreading that DC is the place to be to counter the Israel Lobby in May!  Help us spread the word to your activist community by sending this promotional tweet or post this message to your facebook.

Expose AIPAC 2013 is a collective action and we’re counting on your participation to make it a success.  Here are some ways you can help out now:

Local actions: Organize a local action timed to coincide with the Expose AIPAC 2013 summit. See our Act Locally page for ideas and resources to bring this issue to your community.

Media Team Request:  Are you interested in reaching out to your local media to tell your story about why you are planning to participate in Expose AIPAC 2013? Are you in touch with local radio? Do you have a blog? Email occupyaipac@gmail.com to receive our sample press release.

Are you bringing a video camera to help us document the gathering? Can you help us use social media—facebook, twitter—during the gathering? Please contact alli@codepink.org to join the media team.

Visuals Team Request: Do you have an idea for a creative action you want to bring to Expose AIPAC 2013?  Are you willing to make a banner?  Contact occupyaipac@gmail.com with your ideas and offerings.

Peacekeeping Team Request: To join the security team to ensure that Expose AIPAC 2013 is a positive, nonviolent series of actions and events, please contact  occupyaipac@gmail.com.  Please also let us know if you’re a lawyer and can be a legal observer, or if you have EMT/medic skills.

Calling all Songs! Do you have a chant or parody to share?  Email your rhymes and lyrics to  occupyaipac@gmail.com. 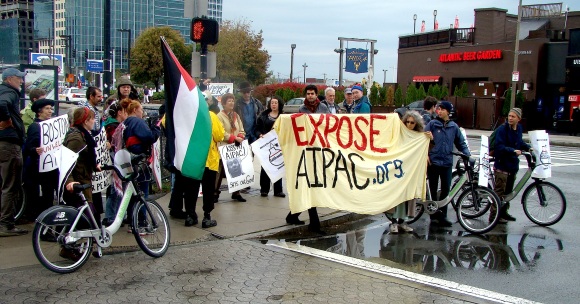 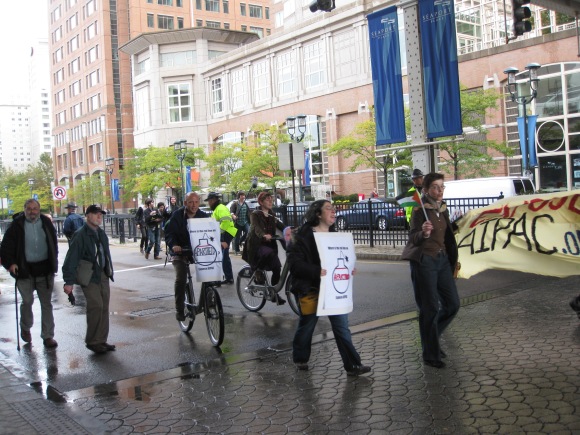 Expose AIPAC was a three-day summit being held to coincide with the AIPAC National Summit occurring October 13-15 in Boston. Another Expose AIPAC is being held March 3rd-5th in D.C. and the information for that can be find above. All other information on this website refers to the Boston event which occurred in 2012.

We are convening the summit in order to expose the corrupt practices of the political lobby American Israel Public Affairs Committee (AIPAC) and the broader Israel lobby of which it is a part. Over the course of these three days we will hold a people’s forum with noted activists, public intellectuals, and policymakers to discuss AIPAC’s corrupting influence over American foreign policy and domestic politics along with a day of defiance and speaking out within earshot of the AIPAC National Summit. 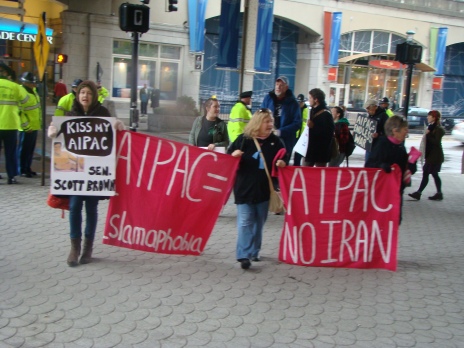 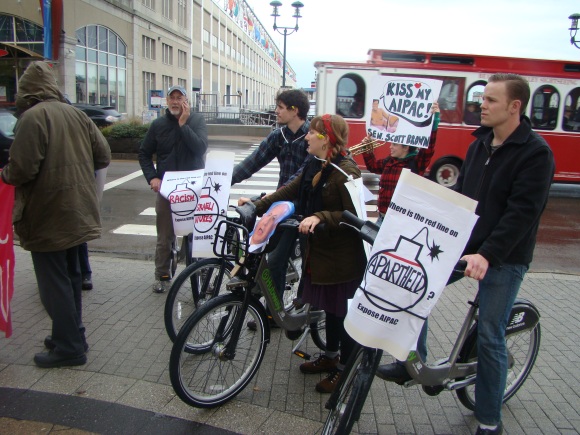 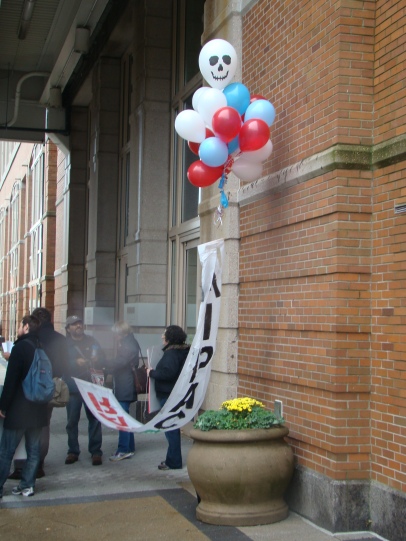 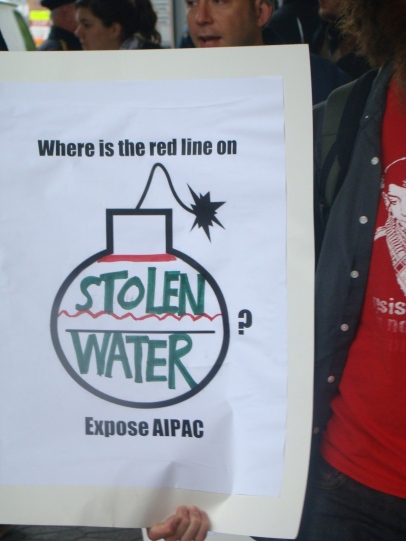 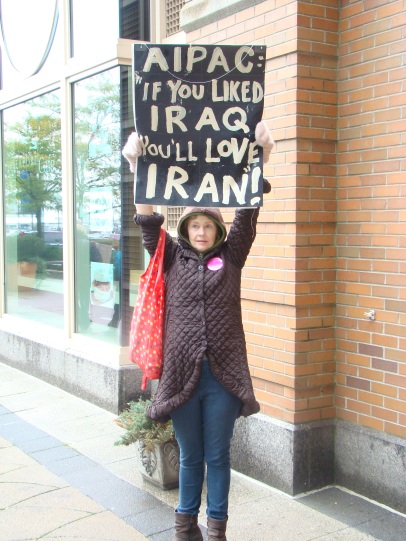 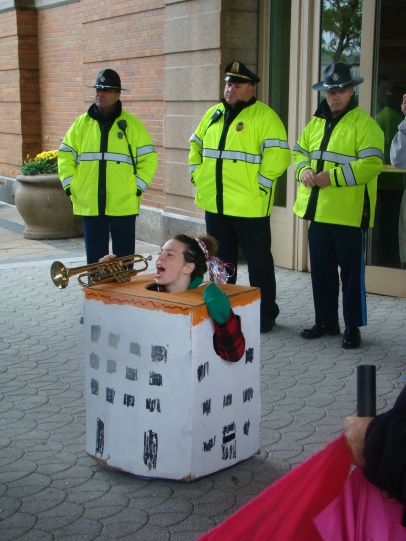 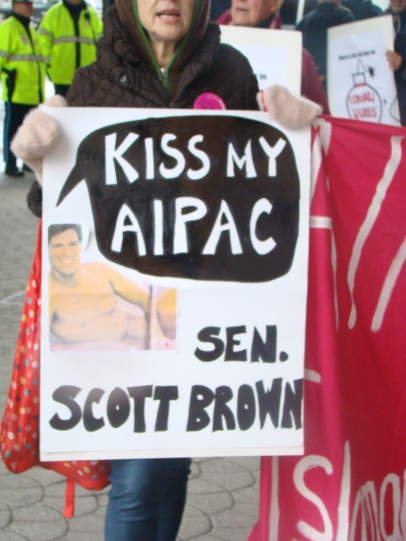 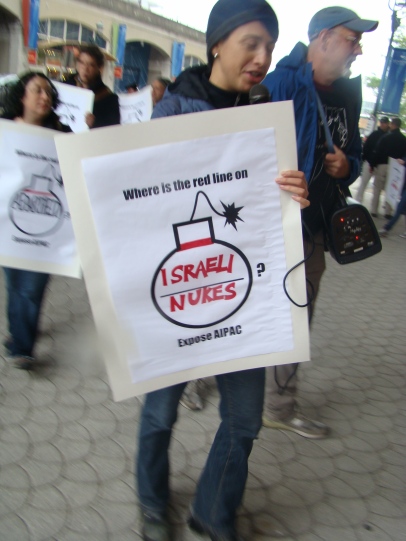 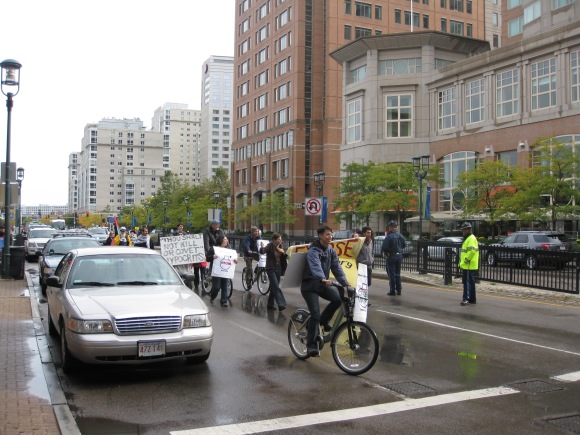 The American Israel Public Affairs Committee (AIPAC) and the Israel lobby more generally have created an atmosphere of coercion and intimidation in our country’s political system that permeates even the highest levels. Today, this coercion and intimidation works to ensure allegiance on the part of our policymakers to an agenda of endless war, Israeli occupation and apartheid, and rampant Anti-Arab racism and Islamophobia.

AIPAC is currently drumming up American support for an attack on Iran, which would cause untold suffering in that country at the cost of billions of US dollars with no conceivable benefit for US citizens. In support of this agenda, AIPAC has spent millions of dollars to persuade American politicians of the need to support another aggressive war abroad, creating a climate in an election season where politicians are afraid to  oppose AIPAC for fear of being denounced as anti-Israel. Meanwhile, AIPAC consistently lobbies on behalf of the Israeli occupation of Palestinian lands, facilitating the transfer of over $3 billion a year from the US government to Israel and ensuring the diplomatic protection that allows Israel to maintain separation walls and the siege of Gaza, and to engage in numerous other brutal methods of collective punishment deemed illegal under international law.

Shockingly, most of  the American public is not aware that US foreign policy on the Middle East is being largely set in Israel, by way of AIPAC and the larger Israel lobby. Additionally, the Israel Lobby’s promotion of Islamophobia and anti-Arab racism have created an atmosphere in which billions of American dollars can be used to launch wars in the Middle East and to enforce a system of racial apartheid in the Occupied Palestinian Territories without Americans realizing the true human cost of American support for war and aggression.

Under these conditions, we refuse to be silent, and we refuse to be silenced. It’s time to defy AIPAC and demand an American policy in the Middle East based on respect for human rights and democracy- not on endless war. We refuse to accept AIPAC’s corrupting influence over our domestic politics and its attempts to get America bogged down in yet another war.